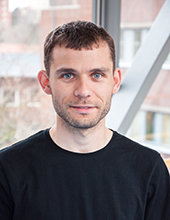 We all miss you, Juris. 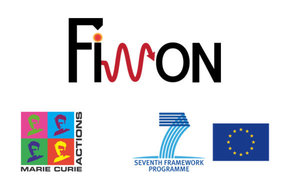 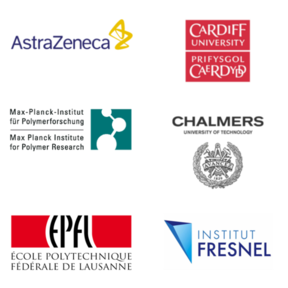 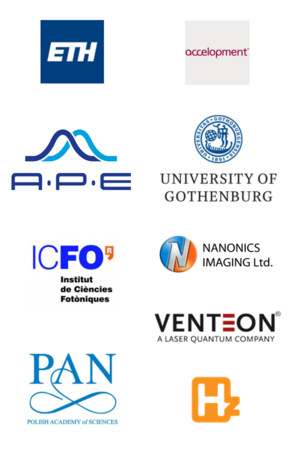 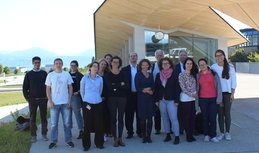 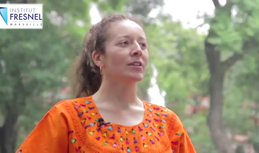 Carolina Rendón Barraza was featured in the Institut Fresnel video, "Polarized Nonlinear Nanoscopy," which can be seen here. 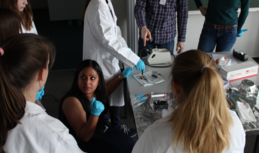 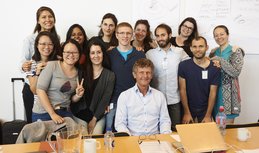 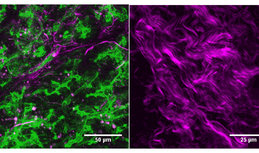 Image by Diana Ribeiro of AstraZeneca. 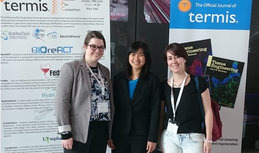 Alexandra Paul (l) and Diana Ribeiro (r) both held presentations at the TERMIS Conference which was held on June 28 to July 1, 2016. 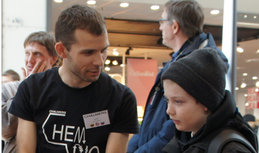 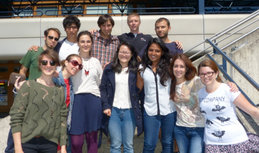 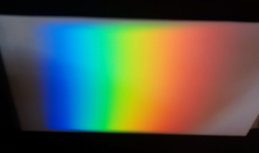 A home-built spectrometer revealing the colour composition of white light. 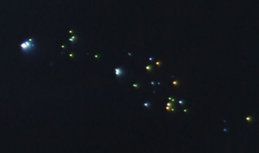 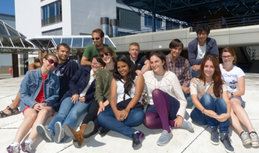 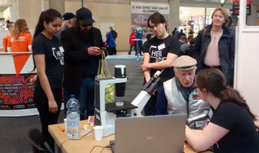 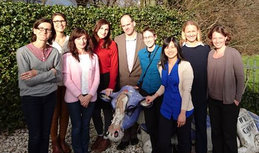 Develop Nonlinear Optical Microscopy (NOM) techniques into the nano-dimension, allowing for label-free three-dimensional (3D), dynamic imaging of macromolecular arrangements and nanostructures by probing inherent higher-order electronic and molecular vibrations with novel detection concepts. The FINON inititial training network constitutes of partners from, and active interaction between, a wide range of disciplines spanning from front-line technology developers of laser instrumentation, microscopy, and nanophotonics to users of microscopy with extended experience and challenging requirements within the life-, chemical-, pharmaceutical- and material sciences.

The growing interest in pushing imaging resolution beyond the diffraction limit to the nanoscale in the applied sciences is proven by the commercialization and increasing spread of super-resolution microscopy despite the highly specialized technology involved. The scientific aim of the FINON-ITN was to parallel the nonlinear nanoscopy development on new grounds to achieve chemical and structural characterization at the molecular level without labeling or extensive sample preparation.

FINON has taken nonlinear optical microscopy techniques into the nano-dimension, allowing for label-free three-dimensional, dynamic imaging of (macro) molecular arrangements and nanostructures by probing inherent higher-order electronic and molecular vibrations with novel detection concepts. The consortium has focused on

(A) exploring the use of nano-sized scanning probes, polarization- or phase-resolved detection schemes to enable nano-scale imaging
(B) benchmarking the capabilities of the newly developed methods by fundamental studies of molecular suprastructures and metallic nanostructures
(C) applying the novel nanoscopy concepts to live-cell and fuel cell studies, in this way introducing them as attractive instruments for the pharmaceutical, nanotechnology, and biosciences industries.

Twelve excellent international Early Stage Researchers (ESRs) were recruited to conduct research projects with the above goals. With the guidance of six expert female principle investigators and nine experienced industrial and academic associated partners, the ESRs have been embedded in an interdisciplinary and intersectorial research environment to receive the best possible training for a successful scientific career. Within the framework of the four year project duration, the FINON ESRs have developed into well-rounded young researchers by obtaining state-of-the-art academic, entrepreneurial and industrial training through scientific conferences, soft-skill workshops and cross-sectorial secondments.

FINON is a unique compilation of six expert female principal investigators who repeatedly have been identified for their scientific excellence in a research field traditionally heavily dominated by men. Hence, the FINON consortium is an important contribution to the gender balance policy, both as a support to the career development of the partners, and even more importantly to encourage young female students to start and complete a PhD in the natural sciences and pursue a career toward a full professor or a leadership position in industry.

The instrumentation and analysis methods developed in the first half of the project have been applied to biophysical and chemical research questions. The excellent success of the FINON project is mirrored in the to date 24 publications in internationally recognized, high-impact journals of the different research fields connected by the interdisciplinary consortium approach (plus further manuscripts submitted or in preparation). Public visibility and an interest in the FINON research activities has been generated by eight outreach activities at public science events at various European locations, for example, at the International Science Festival in Sweden, the Fête de la Science in France or the Girls’ Day in Germany. Furthermore, FINON researchers presented their results with posters and presentations at over 50 conferences and workshops across the world. Special recognition of FINON activities was received through two of our ESRs, Marie Didier and Carolina Rendón Barraza, who have been featured in promotional scientific videos (Polarized Nonlinear Nanoscopy), and through PI Sophie Brasselet being awarded the Silver Medal of the Centre de Recherche National Scientifique in France (CNRS Silver Medal) .

To view the pdf version of this Final Publishable Summary, click here.